Looking to visit or move to New Zealand – here are the facts!

Are you thinking about moving to New Zealand, coming here on holiday or you simply have a love affair with this beautiful country? If so then we have some quick facts about New Zealand that should help you get a better picture of what this place is all about.

This will not just be about the environment or the people. No. We will give you some insider facts that are not found on every travel site you visit. Some of these facts will give you a bit more of a realistic look into our fine country minus the sales pitch.

That’s right! Don’t be fooled by the fact our population is only 4.4 million people, the north and the south island make up a total land area of 268,021 km2. This is smaller than Japan but bigger than the combined might of the United Kingdom.
Check out the land area’s side by side:

Fact # 2 – The ratio of sheep to people is declining

We appreciate it will take a while before the sheep jokes fade into oblivion but the ratios are declining as NZ diversify’s it’s export markets an increases it’s population. If we look back 30 or so years there were around 70 million sheep and a population of 3.18 million which is 22 sheep per person. But now there are only about 31 million sheep against a population of  4.5 million or 7 sheep per person! Sure that is still a lot of sheep but no where near the levels of the 70’s.

Not only are Australia our closest neighbours (4,049 kms close, to be precise) but they are also our biggest export market. Whilst Australia is still over double the export value of China at $9.65 Billion (NZD) the stats are rapidly changing as logistics improves, free trade is agreed and the growing middle class demands for premium New Zealand product like manuka honey increase’s across Asia.

Auckland is New Zealand’s largest city with a population of 1.4 million people but it’s also been voted by Lonely Planet as one of the best places to live in the world. It’s hard to argue with this vote due to it’s large variety of attractions that can be found right at your doorstep. The price of housing is expensive but the quality of life ensures value for money.

This may have cost us a a place in the ANZUS alliance in the 1980’s but to be honest New Zealand doesn’t really care. Not only does it prevent potential catastrophes and creation of harmful waste but it maintains NZ’s pure image which it trade’s off globally to increase demand for tourism and it’s growing number of natural products.

Do you have any questions?

So there are five quick facts to get your head around. If you have any additional questions about New Zealand then please don’t hesitate to comment below. One of the team will be sure to reply with some helpful answers. 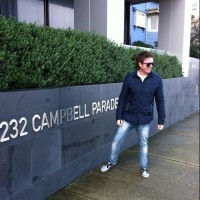