Why Organic Skincare is Good for You

The skin is the largest organ in the body, and is claimed to absorb 60% of topically applied products such as skincare (Spafinder Wellness 365, 2014; Daily Life, 2013; Desaulniers, 2012; Evans, 2013; Marinovich et al., 2014; Melchett, 2013; Terry and Barnes, 2015). From this, it has been suggested that ‘the body can absorb as much as five pounds of cosmetic chemicals every year; Eisenbraun (2013), although varying for each individual. Therefore, understanding why organic skincare is good for the skin can potentially reduce your annual ‘chemical’ intake and help you lead a healthier life.

Organic skincare is a more natural approach to everyday products, without the use of synthetic (man-made) and chemical ingredients which can be harmful to you and your skin.

Common synthetic and chemical ingredients in non-organic skincare are, for example, parabens (common esters include methyl-paraben; ethyl-paraben; propyl-paraben) and phthalates (Andrews, 2014; O’Reilly, 2015; Revitalize, 2014; Soil Association Certification, 2015; Sahota, 2014). Such non-organic ingredients, such as parabens, can cause common complaints such as skin irritations and rashes, as well as being considered as having more detrimental internal health effects such as being endocrine (hormone) disruptors and carcinogenic – though there is limited scientific data to prove this (Desaulniers, 2012; Farris, 2014; Formuzis, 2013ab; Jones, 2012; Revitalize, 2014; Smith et al., 2013; Spafnder Wellness 365, 2014; St-Onge, 2012; Tejal et al., 2013; Urbina, 2013).

As the body absorbs 60% of topically applied products, ingredients used within skincare (whether organic or non-organic) penetrate across into the bloodstream (Congleton, 2014; St-Onge, 2012; Vine, 2014). This is more of a concern for non-organic ingredients such as parabens, as they can become stored in excess within the body until they are excreted out, mainly through the urine, as the body is incapable of breaking down their molecular chemical chains, and so can remain within the body for a period of time (Congleton, 2014; St-Onge, 2012; Vine, 2014).

However, the use of non-organic ingredients in skincare means that product manufacturing cost is lower, and common anti-bacterial/microbial preservatives such as parabens and phthalates are vital to prolong the product shelf-life, which is why some organic skincare products tend to have a shorter shelf-life/life-span compared to their non-organic counterparts (Braff, 2011; Food and Drug Administration, 2007; Haman et al., 2014; Larsson et al., 2014; Laschinsky, 2013; Revitalize, 2014; Sahota, 2014).

As a lover and a user of organic skincare, I advise to choose organic skincare where you can, especially for products that are left on the skin such as moisturiser or foundation. I myself began changing my skincare to organic products one bottle at a time as I read more into what exactly is put into non-organic and non-natural skincare. Although your skin is bombarded with chemicals and substances within the surrounding environment, I believe changing your skincare regime to organic will potentially mean a more healthier you, simply by starting with watching what you apply onto your delicate skin (your largest organ that absorbs about 60% of what you put on it) to minimize your annual ‘chemical’ intake.

Formuzis, A. (2013b) Some BB And CC Creams Can Reduce Toxic Exposures [Online]. Available at: http://www.ewg.org/release/some-bb-and-cc-creams-can-reduce-toxic-exposures (Accessed: 02 August 2014).

Revitalize (2014) Why Beauty Products Are Toxic & What You Can Do About It: Heather White [Online]. Available at: http://www.mindbodygreen.com/0-14369/why-beauty-products-are-toxic-what-you-can-do-about-it-heather-white.html (Accessed: 02 August 2014).

Sahota, A. (2014) Sustainability: How the Cosmetic Industry is Greening Up. Chichester: Wiley.

St-Onge, E. (2012) You Have the Right to Know: 17 Chemicals to Avoid in Cosmetic and Personal Care Products [Online]. Available at: http://www.collective-evolution.com/2012/04/10/you-have-the-right-to-know-17-chemicals-to-avoid-in-cosmetic-and-personal-care-products/ (Accessed: 19 February 2014). 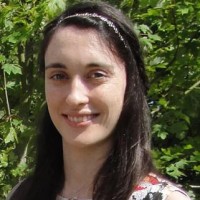 Poppy Harper, Organic and Natural Skincare Consultant (Bsc Hons) - Poppy has a strong passion for organic and natural skincare. She is a beauty/spa therapist with a BSc International Spa Management (with Honours) degree from the University of Derby [UK], and is studying to be a Herbalist to take her passion for natural alternatives further. If you have questions for Poppy you can post them here and if you like her work you can follow her on Twitter: @NYRO_PHarper