Honey and Cinnamon – A Delicious Duo

Honey and cinnamon make a sweet and delicious partnership.  There is no doubt about it, when these two delectable ingredients combine it’s a taste sensation. And it doesn’t just stop there. The ‘anti-microbial’ benefits of each of these ingredients mean that they also have health benefits associated with them that have long been appreciated in practices such as traditional Chinese medicine and Ayurveda.  Cinnamon’s essential oils and the enzyme found in honey that produces hydrogen peroxide are both known the be antibacterial and make the perfect home remedy for benefits such as;

And the great thing is, it’s a totally natural cure potentially giving you an alternative to turning to medicines straightaway which can only be good in the long run. In our recipe recommendations below we have focussed on the yummy side of these two ingredients so you can enjoy the delightful flavour combination with the knowledge that there could be some great health benefits thrown in there too!

The Most Delicious Honey and Cinnamon Recipes from New Zealand

We love this recipe from Airborne as it uses honey comb from New Zealand which is the most purest form of honey you can find. A great trick Airborne offer is that the beeswax from the honey comb replaces the butter normally used to make muffins resulting in a nutritious, low fat cake. Click the link then scroll down the page for the recipe;

This honey cooperative prides itself on the purity of its honey. Here is a quick and easy recipe that also makes a nutritious breakfast;

This family owned business have been crafting honey for over 100 years in New Zealand. Here is there delicious take on mulled wine using honey and cinnamon and we particularly like the recommendation to enjoy this treat by the side of a log fire. Click on the link and then scroll down the page for the recipe;

Rose refers to the shape of the cake rather than the flavour. These are delicious scrolls bursting with the delights of honey, raisin and cinnamon.

Nutritious and delicious as well as easy to make

Honey and Cinnamon Popcorn by Massops:

We added a sprinkle of cinnamon to this recipe and it worked well.

One of our favourite New Zealand Chefs, Annabel shows us how to make a delicious cream that can be added to poached or fresh fruit:

A flexible recipe containing honey and cinnamon that is full of goodness.

This is a healthy, low calorie elixir that is also delicious.

We wanted to add this recipe in as it is such a great way to use honey.  This delicious combo can be used to sweeten hot drinks, added to yoghurt or porridge or spread on bread.

Let us know your top recipe and feel free to send us your own so we can post them on our site. 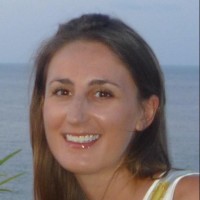 Is Raw Honey a Sign of Good Quality
Previous